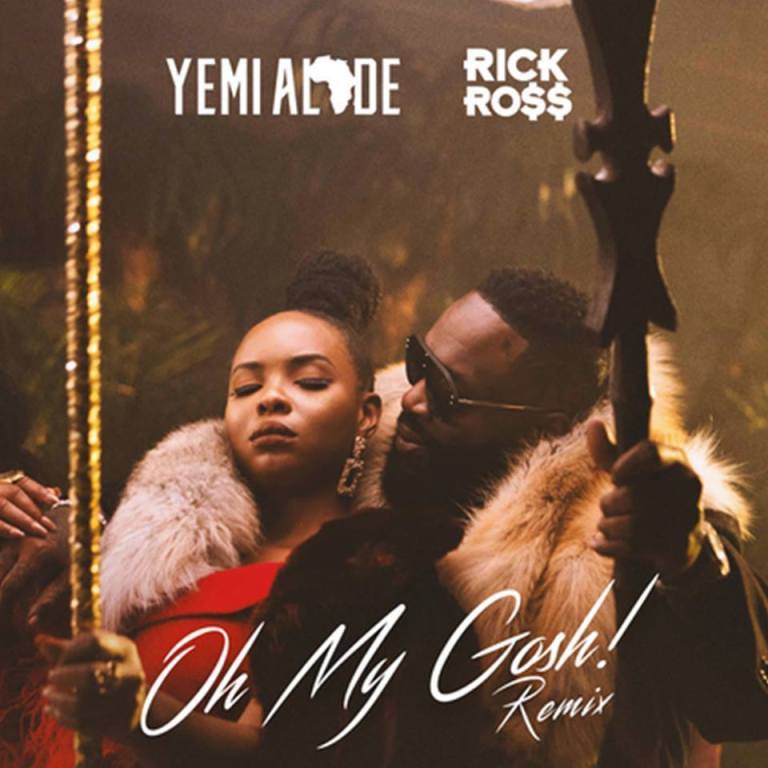 Award-winning Afropop sensation Yemi Alade gets in bed with American rapper Rick Ross for the remix of her sultry classic “Oh My Gosh!“.
The steamy DJ Coublon produced number sees Miss Alade gush uncontrollably over her “true lova”, megastar Rick Ross, who takes the track to a new hip-hop realm.
Sure to be on summer pool party playlists all around the world, the track is a fun up-beat song with rhythmic African drums that got Rick and Yemi dancing. Reflecting on the electric chemistry behind the scenes, Yemi spoke about working with Rick in an episode for “The Bumbu Room”, Bumbu’s wildly popular Q&A series.
“Oh My Gosh” (Remix)” is released under Effyzzie Music Group. The track will be featured on Yemi Alade’s fourth studio album titled “Woman of Steel” which is expected later this year. Alongside Rick Ross, Grammy Award winner Angélique Kidjo, Afrobeats icon Duncan Mighty and Nollywood star Funke Akindele are set to appear on the LP.enjoy