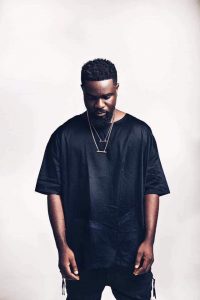 Being an ardent follower of entertainment news and happenings, i happen to tune it to most of the entertainment related shows every now and then to catch up with the latest juice or hear critics and reviews from industry players. Well that’s technically a part of the job since I have to be updated on who said what and where and why. With that said a question or should I say a discussion that has been hovering around for a while was finally voiced out on TV.

George Mensah Britton, a blogger turned media mogul and TV Pundit on Rythmz Live with Berla Mundi which airs on GHOne Tv revealed how he thinks Micheal Owusu Addo popularly known as Sarkodie, has been on a slow pace as compared to his work force.

This came up during the “beef” situation between Shatta Wale and Stonebwoy, Host Berla Mundi and himself were discussing.

According to him, the Ghanaian circular music world has really come a long way with it’s various and some infamous style/genre of music, dating back to the 90s when hiplife was introduced into the market to the now contemporary hip-life; Gh Rap/ Hip Hop, Reggae and Dancehall, Afro Beat and the rest.

Consequently, various fraternities springing from these categories have over the past couple of years had a number of controversies between themselves in defense of their artists and in some cases even amongst artists themselves.

One of the most popular controversies commonly known as ‘’beef’’ has been between Self acclaimed king of dancehall Shatta Wale and two time BET award nominee and one time winner, Stonebwoy.
The two dancehall artists have had one of the most disputed career experience as well as a series of serious yet healthy controversies.

This as related by Mr Britton is healthy in the sense that, these controversies have proven to be more of a competition that has made these aforementioned names strive harder to achieve greater and better just not for themselves but their fraternity at large.

He further made this statement on the matter.

“Sarkodie doesn’t have enough competition in his territory. There are a lot of rap artistes in Ghana, Yes! but none is giving Sarkodie a run for his money. As we speak now Stonebwoy is in Trinidad & Tobago whiles his rival Shatta Wale is in Jamaica recording and cooling off at Montego Bay Beach.

Stonebwoy doesn’t want to back down neither will Shatta Wale because there’s a keen competition between the artistes and their fans. On the other hand, Sarkodie is having a jolly ride and controlling the rap game as he wishes. As we say, competition breeds success. Yes Sark is successful but little competition will get him up his game a little more and throw more light on the Rap genre in our dear industry; I think it’s about time all these ‘beefing‘ and hatred be turned in serious motivation where acts from the Ghanaian Rap fraternity work extra harder to match up to or beat the ‘King’ at his game
He is gradually becoming somewhat a lazy King and isn’t enjoying the airplay his works used to enjoy in the past.”

Now this issued raised by Mr. Britton is a matter a lot of people have already brought up over time. Sarkodie since 2007 has been a household name after his first single ‘’Baby’’ ft Mugeez became an instant hit.

Not only is he the self acclaimed king of rap but has proven nationwide without doubt that he sure owes himself the title.

However for some time now, several fans and music enthusiasts in general have expressed their disappointment in the artist’s performance now.

He’s some what become complacent because there isn’t any healthy competition between him and the other rappers now.

I personally hope there would be a healthy competition between sarkodie and a rapper soon, one that would give sarkodie a run for his money because undoubtedly he is a really good Rapper but what becomes of a good rapper when he’s got no competition?