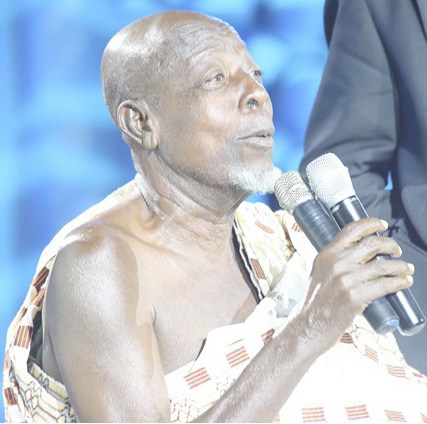 Confirming his passing on Hitz FM’s daybreak Hitz, Simon, son of Super OD said he died at the hospital.

“He was sick though. When we took him to clinic, they said the sugar level shot up. Due to medications, it dropped. It was normal for him to live even though he had been suffering from diabetes. He couldn’t talk well, he eat nicely so we took him to the hospital. Later, they said we should buy some medicine. We did; he was responding to treatment.

“When you talked to him, he could respond with his head. This morning, we went there to help him bath and make sure the nurses will come and take care of him. They told us we should go and get some medicine. I realised that something strange was going to happen because he became heavy when we were trying to raise him. He was breathing slowly. The voice was gone; an indication that somebody was going to die.

“While he was breathing in and out slowly, we just prayed to God but what would happen would happen,” Simon sorrowfully recounted.

Super OD, started acting in the 1970s and gained national prominence in the 1990s for roles in popular series, Akan Drama on Ghana Television.

He was part of the Oppong Drama Group which later became known as Osofo Dadzie Group.