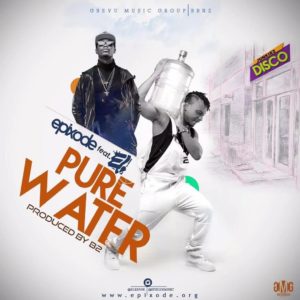 Dancehall power-bank Epixode is here again with a new hot joint titled “pure water ” and it features VGMA artiste of the year EL. Song produced by B2.
The song speaks basically on the everyday hustle of the average ghetto youth and admonishing on how prudent they should be on spending resources. This makes it his second official single after his “sparJunkiez” album release and the first single since embarking on the first face of his rebranding process which included changing his name from Episode to EPIXODE