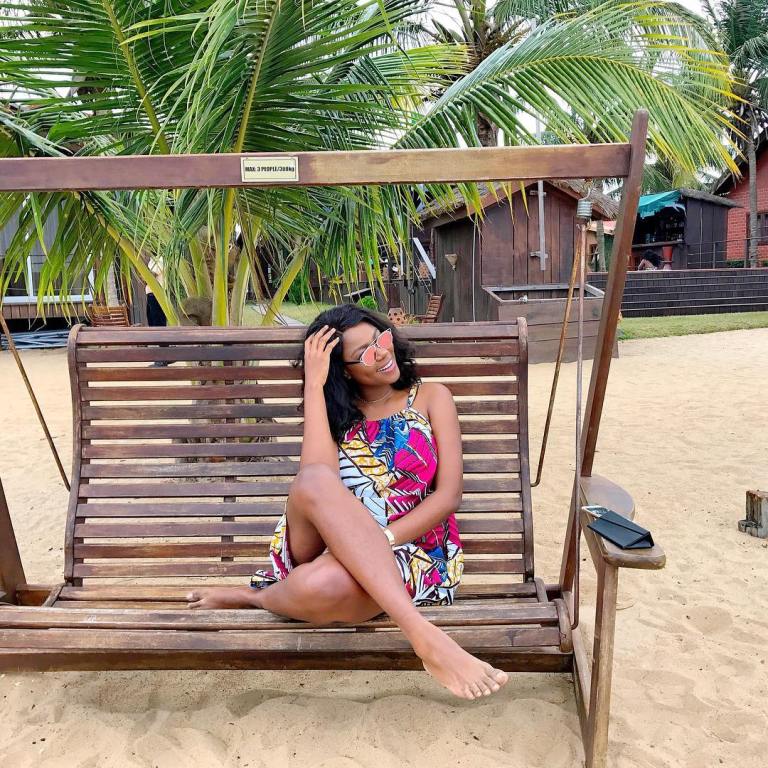 Ghanaian actress Yvonne Nelson has welcomed a baby girl.This comes weeks after denying reports that she was pregnant and nearing the month of her delivery.According to Nkonkonsa which first broke the news, “the “Heals & Sneakers” actress successfully delivered her first child at a health facility in Accra on Sunday morning October 29, 2017.Interestingly Yvonne’s cute baby girl is light-skinned (Obroni), indicating that the father of her daughter is also light-skinned and probably not a Ghanaian.

According close sources, Yvonne’s baby daddy was right by her side at the hospital to welcome their daughter.

Yvonne and her daughter are strong and have reportedly been discharged from the hospital. They are currently sharing some special private family moments at home.

There have being earlier reports suggesting the actress got married to a secret lover and had gotten pregnant for the man some months after their marriage, but the actress has denied it on several occasions and her friends including Regina Van-helvert, Belinda Dzata and others have also corroborated Yvonne’s denial throughout her pregnancy period with several reports in the media that Yvonne was not pregnant.”