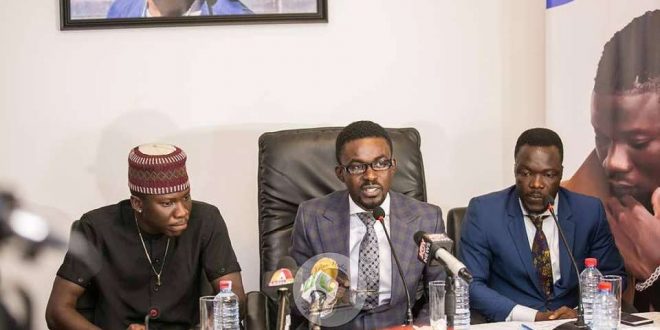 Razzonline can state candidly that Zylofon Music has parted ways with their signee Stonebwoy.

It was rumored that the ‘Hero’ hitmaker has left the record label but head of communication for the firm, Samuel Atuobi Baah publicly debunked it.

But Razzonline had been on the ground investigating the cloying happenings in the partnership between the dancehall artiste Stonebwoy and the record label Zylofon.

After the investigation, our sources indicate that, Stonebwoy’s juicy deal with the multi-billion cedis record label Zylofon has been annulled due to what grapevine insiders described as ‘insubordination and misconduct’.

It would be recalled that Zylofon Media signed the BET award winner and dancehall star Stonebwoy to its record label on Thursday 15th June,2017 at the plush premises of the media company at East Legon.

Explaining the purpose behind the signing of Stonebwoy, CEO of Zylofon Media Nana Appiah Mensah said the company was attracted to Stonebwoy’s musical talent and intellect.

According to him Stonebwoy has great and unmatched music talent and is suitable for any platform in the world.

Nana Appiah added that another reason why they signed Stonebwoy is his understanding of the fact that music is business.

Well, so what really changed?