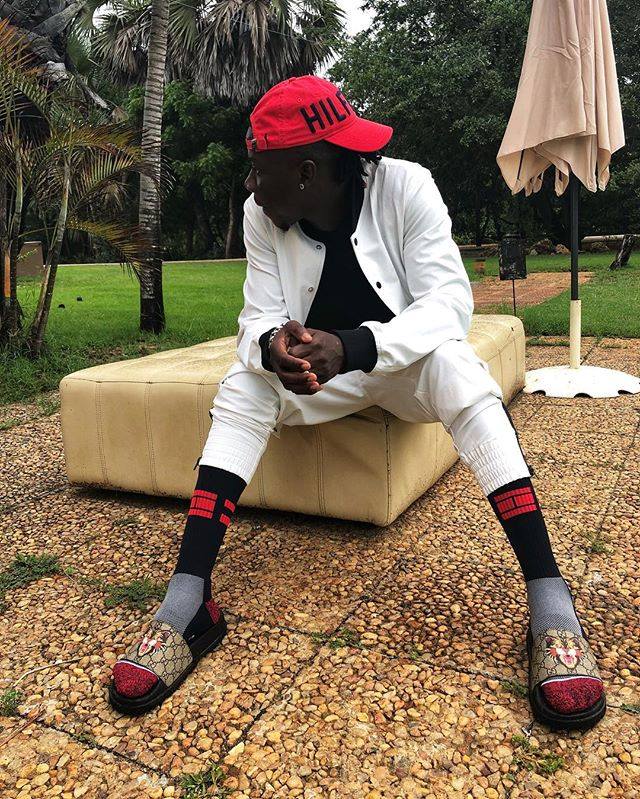 Reports of a fierce scuffle between Stonebwoy and staff of Zylofon Media surfaced on social media at midnight just after the artiste’s performance on Saturday at the University of Ghana, Legon.

Many have wondered what may have resulted in a clash between Stonebwoy and crew members from the record label at the Champs Bar at Paloma where KelvinBwoy was holding his ‘AfroBeats’ tour.University of Ghana’s Dr Hilla Limann Hall held their ‘Artiste Night’ concert to climax their Hall Week celebration on Saturday.

The student leadership of the hall referred to as the Junior Common Room (JCR) had collaborated with Zylofon Media to organize the ‘Artiste Night’ which had been dubbed ‘Zylofon Cash Invasion’.

Joy News’ Maxwell Amoofia who was present during the show reports that Kumi Guitar and Obinini as at 9 pm were waiting for their chance to mount the stage.

About half an hour later, it was announced that Stonebwoy had arrived and was ready to take the stage.

Out of the blue, organizers of the event, mainly students, began taking down all Zylofon branded items.

Roller banners of the company were kicked off the stage and the Zylofon branded backstage canopy that served as a waiting space for billed artistes was carried far away into the dark.

The Zylofon branded T-shirts worn by the MCs on stage had to be either taken off or worn inside-out to hide the Zylofon inscriptions.

Maxwell Amoofia reports that he confronted one of the JCR executives [name withheld] over the sudden act who offered an explanation.

According to the student leader, he heard Stonebowy was no longer with the record label and there was enmity between the two parties.

He added that this prompted the clearing of all Zylofon branded items out of sight to avoid Stonebwoy’s fury.

When asked if the instruction had not been given by Stonebwoy’s manager, Blakk Cedi, who was preparing the stage for Stonebwoy at the time, the JCR executive responded in the negative.

Lawrence Hanson Asiamah, better known as Bulldog, who is in charge of Artiste and Repertoire at Zylofon Media suddenly appeared backstage minutes after the ‘Dirty Enemies’ singer had mounted the stage.

He was briefed on proceedings by staff of the company who looked frustrated due to the manner in which their items had been taken down because of Stonebwoy.

In a trembling tone, Bulldog demanded to know where the Zylofon branded cars had been parked in a bid to protect them from damage.

Cars that had conveyed staff, as well as artistes to the University of Ghana, were whisked away.

Bulldog still lingered around and was seen making phone calls right after ensuring that the cars were safe.

Kumi Guitar, Obibini and some Zylofon media staff who were reluctant to leave, stood some meters away from the venue.

An angry-looking member of their team who they kept referring to as ‘Chana’ spotted in a black Zylofon branded car announced that ‘Chief’ had requested that they move to the office.

He was also heard vowing to take ‘action’ after what had happened.

Kumi Guitar and Obibini quickly left the company of some other crew members.

Shortly after Stonebwoy’s performance, he drove away in a black Mercedes Benz with two muscled men on a motorbike following closely behind.

He is said to have moved straight to the Champs Bar to support his protégé at his ‘AfroBeats’ tour.

listen to stonebwoy speak about the issue below