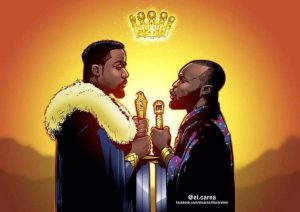 Last year , Ghanaians and music lovers woke up one glorious morning to the usual but long-missed trend in the music industry. Two of its best rappers Manifest and Sarkodie were trending on all social media in relation to a lyrical battle (Beef) which lead to Sarkodie releasing a reply (Kanta) which many believed were shot fired at Manifest for releasing godMc.

In the early hours of Thursday 9th March 2017 to the surprise of fans of both Sarkodie and Manifest, Sarkodie took to his twitter page applauding MTV Base Africa for airing Manifest’s “100%” music video which features fast rising artiste Worlasi.