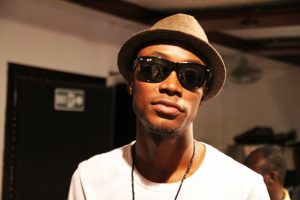 Swedru representing artist who goes by the name “Patapaa Amisty” broke the internet with his song titled“One Corner”. One corner became a twinkling hit song without any airplay on radio or any promotion on the internet but yet still, the song surfaced as a hit song.
The song is associated with a crazy dance which has gone viral in many countries.Folks go crazy whenever this song is played.

The success of the song is deemed to be a miracle, leaving a lot of people stuck in their world of astonishment and rapper EL happens to be one.El hopped on Twitter and published a tweet with its content reading “This one corner guy en Maalam be stroongg“.
Fans of Patapaa shouldn’t take this personal because the rapper might just be kidding..