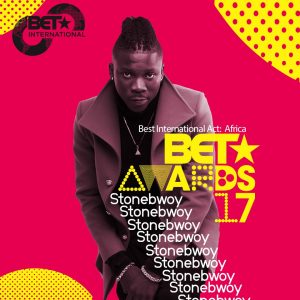 Congratulations are in order and well Stonebwoy has won his second BET nomination. Mr Eazi has also received a nomination for this year’s upcoming event.

Slated for the 25th of June at the Microsoft Centre is the BET Awards night. Other acts from the continent include Starboy frontman Wizkid, Tekno, Davido (Nigeria), as well as AKA, Nasty C, and Babes Wodumo (Souh Africa).