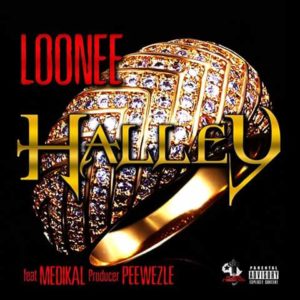 Halley is produced by Peeweezle of Cue Music.

Loonee is currently in the studio putting the finishing touches to his first studio album “Eminent”. It follows the successful mixtape “Pre-Eminent” which naturally is the prelude to his first LP which will be released in January 2017.

Also watch out next month for Loonee’s next music video “50 Ghana” off his Pre-Eminent mixtape . “50 Ghana” video was shot and directed by the talented Prince Dovlo.
download the new joint below