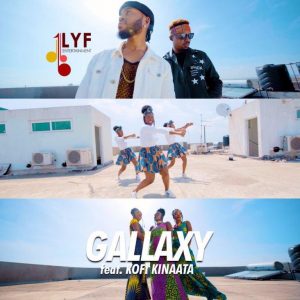 Music group, Gallaxy is out with the official music video for their Highlife song, ‘My Prayer’ featuring Highgrade Family signed act and Fante rap king, Kofi Kinaata.The visual was directed by award winning video director, Xbills Ebenezer who shot their previous music videos, ‘Boko Boko’, ‘Holla At me’, and ‘Yema Me’ bringing to an increasing number of projects they’ve done together. ‘My Prayer’ was produced by Shottoh Blinqx under the co-ordination of LYF Entertainment and Gallaxy Music.