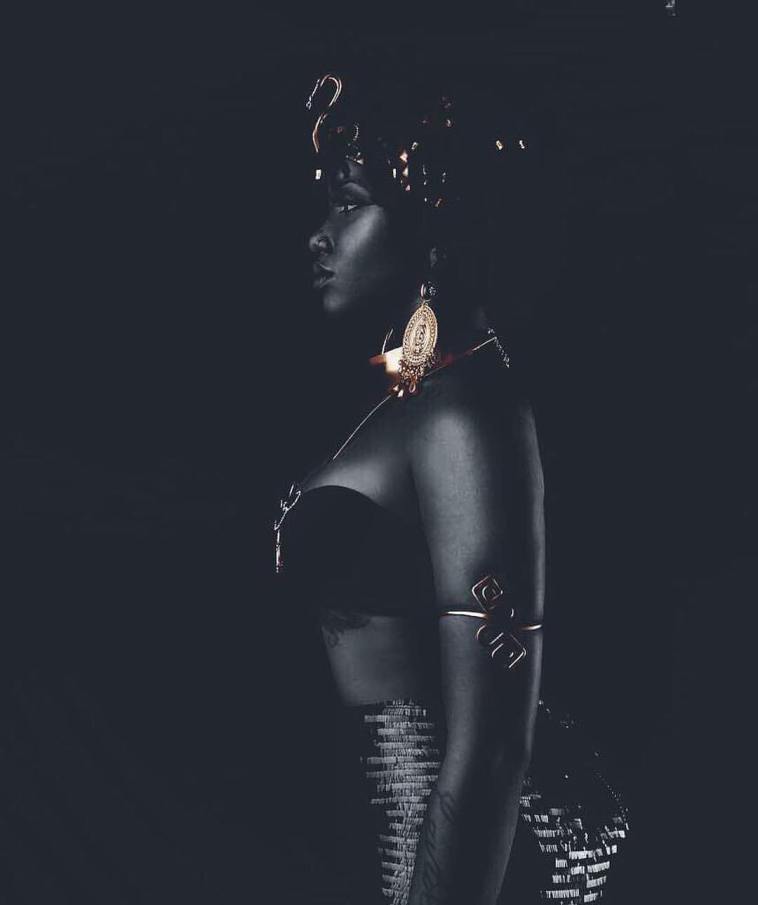 Today happens to be another black Friday in Ghana especially among music consumers as Ebony Reigns, budding Dancehall artiste, is confirmed dead in a gruesome road accident that occurred late Thursday evening, February 8, 2018 on the Sunyani-Kumasi road.

According to an eye witness who wanted to stay anonymous, the accident took place yesterday, February 8, 2018 around 10:30pm at a place called Nyamebekyere.

“At Nyamebekre around 10:30pm, all we could hear was gosh! So we went out to see what’s happening outside since accident normally happen at that place. At the spot, we saw VIP bus (car number withheld) and some black Jeep with registration AS 497—16 involved in a fatal accident. Fortunately, none of the passengers in the VIP bus was hurt except the bus conductor who had a minor injury”.

The eye witness who spoke to Ultimate 106.9FM in Kumasi goes on to reveal how Ebony was identified as a victim of the situation.

“The conductor told us to check on the somersaulted small car in front of the VIP bus. There, the driver instructed us to take him to hospital because he’s injured but requested pen and paper to write something. When he was provided, the injured driver wrote Ebony’s name on the sheet to indicate that she’s part of the victims. Sadly, beside Ebony lies one man in military costume and one girl believed to be fifteen years old,” the eye witness revealed.

The eye witness (name withheld) concluded that Ebony’s corpse and the other victims were transported to Mankranso government hospital.

According to police, Ebony and two military officers were on board a Jeep with registration AS 497—16 from Sunyani heading towards Kumasi when it collided head-on with a VIP bus heading towards Sunyani from Kumasi.

Ebony is popular for songs like Kupe, Date Ur Father, Hustle and many others. She recently launched her maiden album, Bonified.

below was her last moment before her death.we heard she went to see her mum who had just returned from the UK and on her return back to accra ,death laid its hands on her..