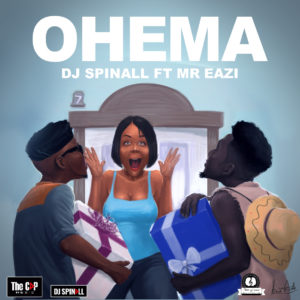 In a massive build up to a second album in 2 consecutive years, the unstoppable DJ Spinall just released “Ohema” Featuring arguably one of the fastest growing artiste in Africa, Mr Eazi.

Ohema, this master piece mid-tempo record produced by ….. Is a follow up to Package featuring Davido and Del B, is the second official release on DJ Spinall’s next album titled “Ten” scheduled for release in the month of October, 2016. stream and download below