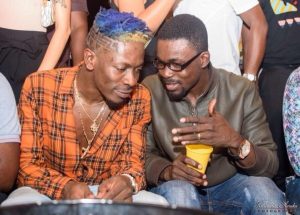 Ghana’s entertainment power house – Zylofon Media after causing much speculation in the media, has finally confirmed its signing of the “Dancehall King” Shatta Wale.

The multi-million dollar entertainment 360 company has scheduled this Wednesday, January 31, 2018 to unveil it’s new signee to the media and the general public at its head office in Accra.Shatta Wale adds to the total number of musicians signed by the record label, being the 5th recording artiste