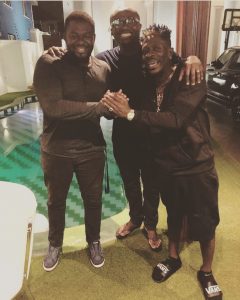 Business mogul and CEO of EIB Network , Bola Ray has used his capacity to reunite former friends-tuned-enemies, Shatta Wale and Bulldog. Bola Ray has develop a special tact in solving issues involving celebs and it comes as a very a good news for reconciling the SM boss and his former manager. Shatta Wale and Bulldog fell apart few years ago of working together for reasons unknown, although Shatta claimed Bulldog threatened to kill him.  In the viral photo making waves online, the two foes are seen holding hands with a broad smile on their faces whilst Bola Ray embrace them both. This news is a laudable one particularly in moving the music industry forward.

See the photo below 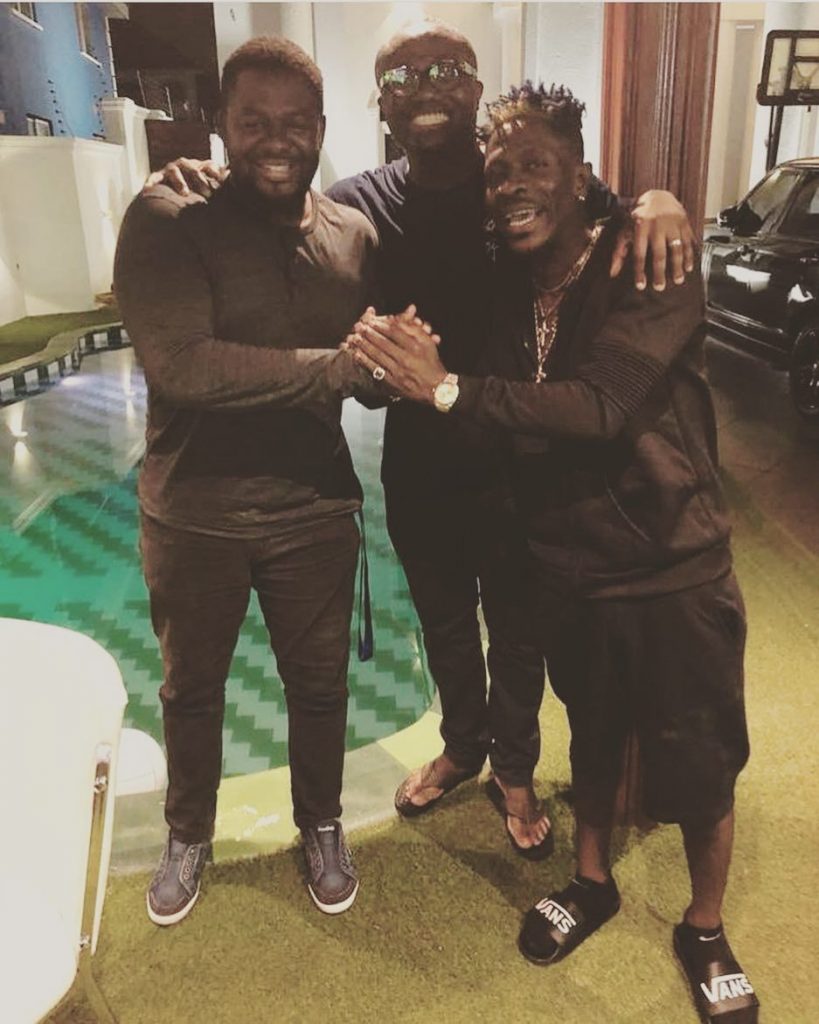