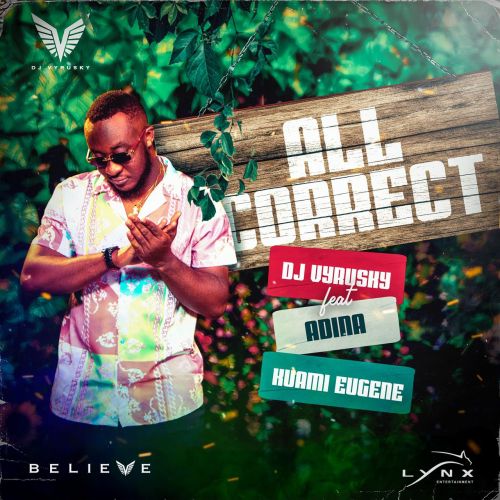 Ghanaian disc jockey and producer, DJ Vyrusky makes his headline account for the year with a self-produced tune titled ‘All Correct’.

The multiple award-winning DJ, DJ Vyrusky took a short break away from the music scene to master his production skills which he has implemented on recent projects of Adina Thembi and Kuami Eugene. With an impressive discography and plethora of hit songs to his name, Vyrusky makes his debut for the year with the song titled ‘All Correct’ featuring talented Ghanaian singer-songwriter, Adina Thembi and Lynx Entertainment’s rockstar, Kuami Eugene.

Song produced by DJ Vyrusky under the production name or signage ‘King Kong’.

Listen to ‘All Correct’ below and tell us what you think.